A scientific expert on adolescence answers our burning questions.

If you could ask any question of a wise and experienced neuroscientist and pediatrician, one who specializes in the secret emotional life and bizarre brain activity of your adolescent child, what would you ask? 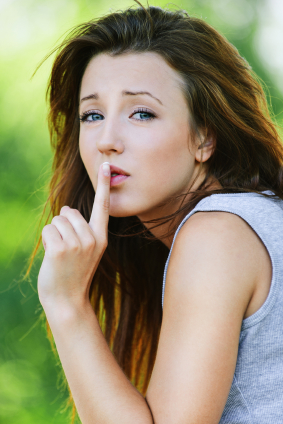 I recently had the great opportunity to ask some of my burning questions—and many that you have sent to me. Answers came from Ron Dahl, a highly acclaimed researcher and a member of the Greater Good Science Center’s faculty board. Here are three surprising things I learned from our interview. (More posts to follow!)

#1: Your adolescent isn’t a teenager.

Dahl avoids the term “teenager” because it implies that all the action is happening between the ages of 13 to 18. In truth, most girls are at the end of puberty by the age of 13.

“In hunter-gatherer societies,” Dahl explained to me, “the average age of menarche [the onset of menstruation] was 17 or 18 [years old],” because hunter-gathers typically didn’t get as many calories as we do now. When you go through puberty at 18, you’re an adult, and you’re ready to take on adult roles. But because puberty is starting so much earlier for our kids, we have a developmental dilemma: “If you’re eight, nine, or 10 years old and you’re starting to develop,” Dahl said, “when do you take on adult roles?”

Kids today are facing a very prolonged adolescence. What used to be a two-to-four-year period biologically is now a 15-year period culturally. The brain changes and the biological aspects of puberty start before the teenage years, but the cultural and societal aspects of adolescence don’t kick in until much later.

Today kids have a longer period of time to figure out who they are, to develop skills, to go to school. “There are huge advantages to this from a learning perspective,” Dahl told me, “but there are also liabilities” when the brain is developing out of sync with a kid’s role in society.

Continue this post on my Greater Good Science Center blog to see two more surprising truths–including one that made me reevaluate my own methods with my children.