And what all heroes have in common.

What quality does the Buddha share with Luke Skywalker and Joan of Arc? What links Harriet Tubman with Harry Potter? 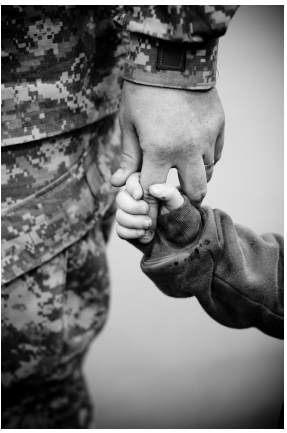 It has nothing to do with enlightenment or magic. It has to do with struggle.

There has been some discussion in the media recently about grit, but many people, especially parents, have been asking me what the term actually means.

I think the best way to describe grit is by starting with Joseph Campbell and his classic analysis of the “hero’s journey.” Campbell explains how the journey always begins when the hero leaves home and all that is familiar and predictable. After that, Campbell writes, “Dragons have now to be slain and surprising barriers passed—again, again, and again. Meanwhile there will be a multitude of preliminary victories, unretainable ecstasies and momentary glimpses of the wonderful land.”

It is grit that makes our heroes face down their dragons and persist in the face of difficulty, setbacks, failure, and fear. They fall down and get back up again. They try their hardest, only to fail miserably. But instead of giving up, they try again and again and again.

And it isn’t just historical or fictional heroes who need to be gritty to rise to the top. Recent psychological research has found that grit is one of the best predictors of elite performance, whether in the classroom or in the workforce. Defined by researchers as “perseverance and passion for long-term goals,” grit gives us the strength to cope with a run-of-the-mill bad day (or week or season) as well as with trauma or crisis.

It turns out that grit predicts performance better than IQ or innate talent. Grit makes us productive and successful because it allows us to reach our long-term goals despite life’s inevitable setbacks. This ability to overcome challenges makes us stronger and more masterful at our tasks. Moreover, the ability to cope with difficulty—or to be resilient after tragedy—paves the way for our long-term happiness.

Grit is not really a personality trait as much as it is a facet of a person’s character that is developed like any other skill. Babies are not born with grit any more than they are born with the ability to speak their mother’s native language. We humans develop grit by encountering difficulty and learning to cope with it.

And with that in mind, here’s some perverse “good” news: No life is free from challenges or difficulties—in other words, we’ll all have plenty of opportunities to develop grit.  I discuss ways to maximize those opportunities in the continuation of this post on my Greater Good blog.