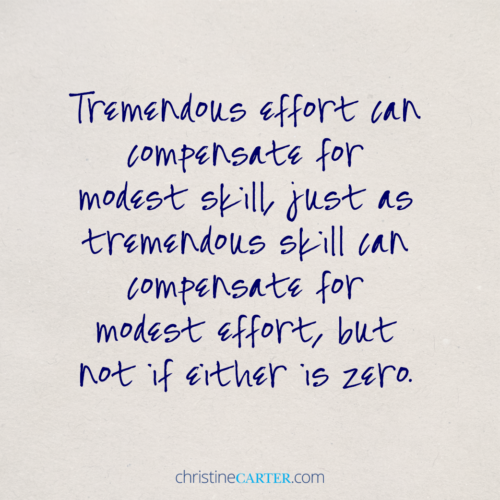 Angela Duckworth, the celebrated psychologist who first defined “grit” as perseverance and passion for long-term goals, has a theory about success. Instead of seeing achievement as simply a byproduct of IQ or intelligence or innate talent, Duckworth sees achievement as the product of skill and effort (Achievement = Skill x Effort) in the same way that we understand that Distance = Speed x Time.  Tremendous effort can compensate for modest skill, just as tremendous skill can compensate for modest effort, but not if either is zero.

Innate ability has relatively little to do with why people go from being merely good at something to being truly great. Read the full post to learn more about raising a high-achiever.