Did you know that the best predictor of success in school is not grades or SAT scores, but a quality researchers call “grit”? Gritty people do well because they are able to persist in the face of difficulty. In adulthood, grit predicts both success and happiness. 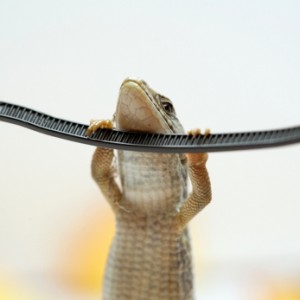 Grit is not a personality trait that you have or don’t have; it is a skill you can develop in yourself.

If you have a hard time persisting through challenge, the best way to develop more grit is to check your belief about WHY you are facing difficulty. Do you believe that you are inherently not-good at whatever it is you are pursuing? If so, you have what psychologists call a “fixed-mindset,” and that fixed-mindset is your biggest problem.

People who have “growth-mindsets” (instead of fixed-mindsets) tend to have more grit because they believe that their success is based on their effort rather than their innate talents. So when they find something challenging or difficult, they believe that they can and will improve through their hard work and persistent effort.

Mindsets are self-fulfilling. People who believe something is hard because they inherently aren’t good at it quit earlier, and improve less. People who believe that they CAN improve through continued practice tend to practice more–even when the going gets rough–and therefore they get even better.

Take Action: Identify an area of your life where you tend to quit in the face of difficulty. Do you believe that you lack the innate talent that you need to succeed? Research shows us, beyond a shadow of a doubt, that the power of innate talent pales in comparison to the power of grit when it comes to success. If you practice something deliberately, especially if you have good strategies to direct your effort, your performance will improve. Try approaching your difficult activity with this growth-mindset knowledge, and see if it helps you persist when the going gets rough.

Join the discussion: In what area of your life do you want to develop more grit? Do you have a fixed-mindset (you believe that you are successful–or not–because of your innate ability) or a growth-mindset (you believe your success will depend on your effort and practice)? Comment below.