I’m endlessly fascinated by a series of studies led by Tim Wilson where the research subjects were put alone in a room, with nothing to do. The researchers describe their work:

In 11 studies, we found that participants typically did not enjoy spending 6 to 15 minutes in a room by themselves with nothing to do but think, that they enjoyed doing mundane external activities much more, and that many preferred to administer electric shocks to themselves instead of being left alone with their thoughts. Most people seem to prefer to be doing something rather than nothing, even if that something is negative.

You read that right: Many people (67 percent of men and 25 percent of women, to be exact) actually gave themselves painful electric shocks instead of just sitting there doing nothing—after they had indicated to the researchers that they would pay money NOT to be shocked again. One guy shocked himself 190 times in 15 minutes. 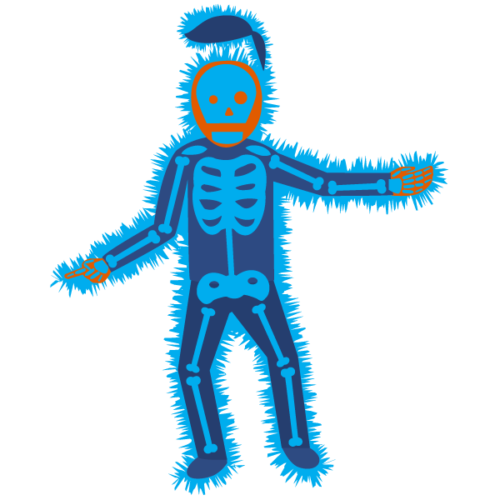 When we can’t tolerate the feelings that come up when we aren’t doing anything, or when we can’t tolerate a lack of stimulation, we feel uncomfortable when we have downtime. As a result, we forfeit our downtime and all its benefits by seeking external stimulation, which is usually readily available in our purse or pocket (rather than an electric shock machine). Instead of just staring out the window on the bus, we read through our Facebook feed. Instead of being alone with our thoughts for a minute, we check our email waiting in line at the grocery store. Instead of enjoying our dinner, we mindlessly shovel food in our mouths while staring at a screen.

The reason that we called the third unit DETOX is because the symptoms we experience when we stop checking our phones compulsively are uncomfortable; many people would rather receive a painful electric shock than stand the pain of not checking, of not being “productive.”

Which brings me back to my main point: The ability to just sit there and do nothing is actually a skill, and as a culture we’re not practicing this skill much these days.

But you would be wrong. Actually, a lot is happening in your brain when you just stare into space. And a lack of stillness throughout your day is a huge problem for your performance, your productivity, and your satisfaction with your life.

This post is from a series about “strategic slacking” from the “Science of Finding Flow,” an online course I created as a companion to my book The Sweet Spot: How to Accomplish More by Doing Less. Want to go on to the next class or start the course from the beginning? It’s free! Just go to The Science of Finding Flow course page. Enjoy!